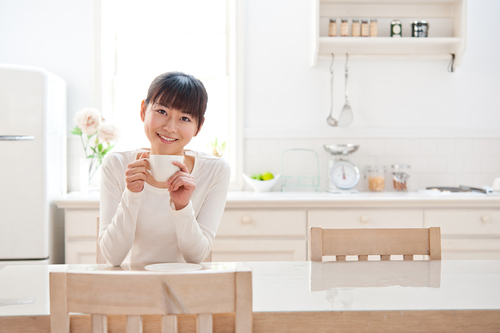 Tax season is here, and as the time draws nearer to file taxes, it is important to be ready with all necessary documentation and a basic understanding how taxes affect you as an individual. While software and accountants have made it much easier to file taxes, even in complex situations, it is still good for expatriates to be aware of international tax nuances that might become traps.

What are some key considerations expats should consider when preparing taxes?
Do I Have to Pay Taxes?

The first question you might be asking yourself as an expat is whether you have to pay taxes at all. The answer is yes, you do have to pay U.S. taxes. The United States taxes based on citizenship rather than residence. So even though you may not set foot on U.S. soil for the entire year, you will still need to file taxes with the United States government.

If you are living abroad, you almost certainly have one or more bank accounts in the place you are residing. In fact, the Internal Revenue Service (or IRS) has a specific form for reporting activity in foreign banks called the Foreign Bank and Financial Accounts Report for people who had an account with $10,000 or more in a foreign account. And don’t think they are simply putting that form out for your convenience; they’re quite serious about having it filled out. In fact, the penalty for not completing this form can range from $10,000 to $100,000 .

Even if you paid foreign taxes on the money you earned abroad, you will still need to report it to the IRS. This is a very commonly misunderstood element of the tax law, but as an expat it is your duty to be aware of it and act accordingly. You may be able to claim a foreign earned income exclusion which will allow you to not be taxed on the income, but you still must report it.

If you are choosing to exercise the foreign earned income exclusion option, you cannot also use a foreign tax credit. This should be a rather logical conclusion, as one should not be able to ask for a credit on income they are also saying should not be counted against them, but it must be pointed out for expats who wish to avoid penalties.

Occasionally, expats will find love while living abroad. When that love results in marriage, they might assume they can then file a joint tax return. However, they should not do this and should instead file separate tax returns.

How to Handle Social Security

Social Security taxes are important to providing income for older citizens who lack other sources of income. If you’re a U.S. citizen, then you are used to paying Social Security taxes with each and every paycheck. But if you move abroad to work, you may be curious as to whether you will still need to pay into that program.

The answer varies based on your personal situation. If you work for a U.S.-based company, then you will need to pay Social Security taxes. But if you work for a foreign-based company, you will not have to pay these taxes. There are some exceptions to this rule, such as being able to prove you are paying into another country’s Social Security program, or proving that you live in another country for more than ½ the calendar year.

Consult with a Tax Professional

While these are some of the most common tax traps that might befall expatriates, they are by no means the only ones. The stakes of making a mistake in filing taxes as an expat are high, with penalties equaling several thousand dollars on the low end. With that in mind, the best course of action for expats is to consult a tax professional, particularly one who is well-versed in handling the tax needs of people living and working abroad. They will understand the intricacies of tax law in a way that the average tax preparer cannot.

With this basic info in hand, correct documentation, and the aid of a qualified, experienced tax professional, you will be ready to successfully file your taxes without fear of committing any violations that might lead to expensive penalties.