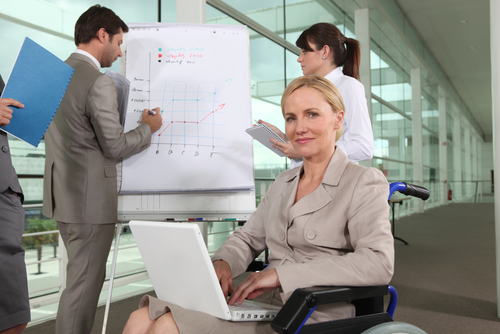 Did you know that the IRS keeps a list of ‘bad’ foreign banks? If your bank makes an appearance on this, the effects can be rather problematic. In fact, holding a foreign account at one of these places can trigger a new, higher penalty of 50 percent. This has just recently been increased from the previous 27.5 percent penalty. Here’s a rundown on the programs involved in this, what they are meant to do, and the banks involved.

Banks Added To The IRS Naughty List:
There are a number of new banks added to this black list. Bank Leumi, from Israel has been added, after recently reaching a $400 million settlement with the US and state of New York. Sovereign Management & Legal  has also been a target of the Department of Justice, so perhaps its addition is not much of a surprise. Other banks on this list include:

Whether or not the penalty actually applies to individual account holders will also depend on timing. Those holding Sovereign accounts may be able to avoid this huge penalty if they had submitted a pre-clearance request before December 19, 2014. For Bank Leumi, the key date is December 22, 2014. The other banks have August 4, 2014 as their date to have submitted your request.

The Offshore Voluntary Disclosure Program:
The whole idea behind increasing these penalties and the implementation of the OVDP is to lure tax cheats out into the open as well as discouraging wealthy Americans from ‘hiding’ their assets overseas. Of course, the basic authority the IRS has for all that under US law, citizens and residents are taxed on their worldwide income. Therefore, most foreign accounts are subject to declaration and US tax, even if the American owner lives and works completely outside of the US.

Under this program, more than 38,000 people have come forward to pay approximately $5.5 billion in back taxes, fines, and penalties since 2009. The OVDP was put together in order to reduce some of these amounts and to help people avoid further prosecution.

Targeting Swiss Accounts:
This is not the first time banks have been added to this IRS list. In June of 2014, the announcement of a better Offshore Amnesty Program included the first ten banks which were under IRS investigation. Around this same time period, there was also a landmark settlement between the US Justice Department and the entire Swiss banking system. This led to nearly 300 of these banks agreeing to disclose the names of American account holders. With an estimated $2 trillion in offshore assets, all but the 14 of them who were currently involved in a Justice Department criminal investigation complied.

Also Targeting Non-Compliant Americans:
Some estimates say as many as 7 million Americans have still not filed the now required annual disclosure reports, known as a Report of Foreign Bank and Financial Accounts (FBAR). If you have any such accounts which hold more than $10,000 you could be facing severe fines and penalties for offshore tax evasions. Thanks to the increased offshore account penalties, this will likely be even more than in the past.

By the way, the IRS is no longer accepting the ignorance of the need to file a form argument from taxpayers, whether you are a citizen or resident. They are actually now treating all failures to file the FBAR as willful…and this is what carries that dreaded 50 percent penalty. The penalty is due even if you don’t owe any taxes, since it based on whether or not the form was filed.

Make Sure To File:
You want to find a good tax lawyer who knows and understands these laws and penalties…there are many still unaware, believe it or not. One potential route to take, should you be in the unenviable position of holding such an account, is to consider a quiet disclosure. This is where you file an amended (perhaps also delinquent) return which includes the foreign income and pay all taxes owed. Hopefully, you slide in under the radar and are able to escape these draconian fines. Always consult with a professional tax attorney before conducting such a strategy.